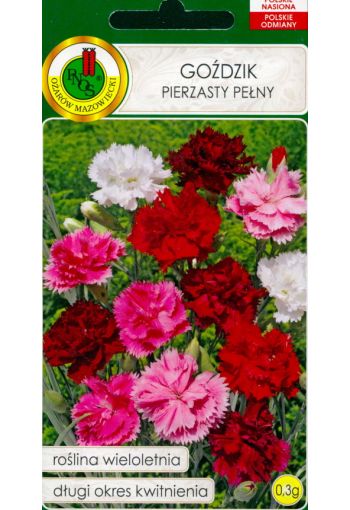 Add to wishlist Add to compare
DescriptionReviews (0)
Grass Pink or feathered pink (double mix) - Dianthus plumarius flore pleno.
An evergreen perennial growing to 0.4 m. It is hardy to zone 3. It is in leaf all year, in flower from June to August. The scented flowers are hermaphrodite (have both male and female organs) and are pollinated by Insects. We rate it 1 out of 5 for usefulness. The plant prefers light (sandy), medium (loamy) and heavy (clay) soils, requires well-drained soil and can grow in nutritionally poor soil. The plant prefers neutral and basic (alkaline) soils. It cannot grow in the shade. It requires dry or moist soil.
Habitats and Possible Locations.
Cultivated Beds, In Walls, In South Wall, In East Wall, In West Wall.
Cultivation details: prefers a neutral to slightly alkaline soil in a sunny well-drained position. Succeeds in dry soils and in poor soils. Plants can be grown on walls. There are many named forms, selected for their ornamental value. The flowers are very fragrant, diffusing a powerful clove-like scent. Individual plants become rather untidy after a few years and are best replaced every 2-4 years.
Some older cultivars, such as "Sops in Wine" have a tendency to flower themselves to death. These should be grown in a richer soil in order to encourage the production of more foliage and should not be allowed to flower in their first year.
Propagation seed - sow spring in a greenhouse. When they are large enough to handle, prick the seedlings out into individual pots and grow them on in the greenhouse for their first winter.
Plant them out into their permanent positions in late spring or early summer, after the last expected frosts.
Cuttings, taken at flowering time, with four pairs of leaves and trimmed just below a joint. 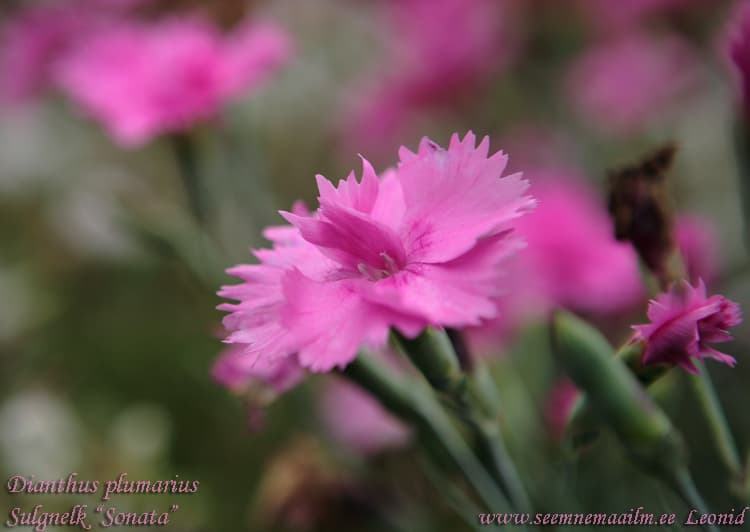